Come join us!  Get festive!

Here are some Ontario singers belting out a Christmas tune.  Woot!

Three Videos to Get You Excited for Singing this Saturday

1)  Rockport (page 372 in the Sacred Harp), as sung by the 5th Annual Ireland Convention. 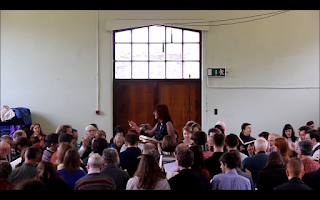 2) Here in the Vineyard, performed by Anna Roberts-Gevalt & Elizabeth LaPrelle
(it shares the tune with The Church's Desolation, page 89 in the Sacred Harp) 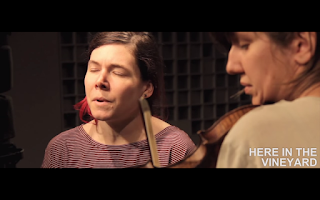 3) The Church's Desolation (page 89 in the Sacred Harp)
as sung by some folks at the 2014 Young People's Convention in Austin, TX 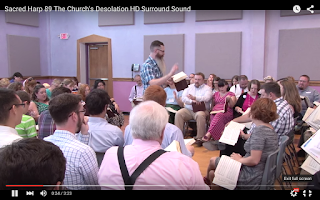 I've always preferred 89 at a bit of a clip, but after hearing Anna & Elizabeth sing the melody so slowly and beautifully, I'm kinda digging it slow, Sacred Harp-style, too.

We'll see you on Saturday, October 17th for singing!

6-9pm
Bring your voice, a friend, and a snack to share.

Hey!  Our next singing is this coming Saturday, September 19th at the WREN Makers' Space in Berlin!  Since Seth first mentioned it a while back, I've been meaning to look up Ocean, a song from the Northern Harmony tune book that he'd expressed interest in.

Behold!  I finally remembered!
Now let's just see if I remember to make copies and bring them to the singing...

I'm generally not a huge fan of super "chorus-y" renditions of shapenote songs (though, I have to admit, that's how I was originally introduced to the music, so if that's what hooks you, why not?)... anyway... just to put a bug in your ear...

Follow this link to hear one iteration of Northern Harmony performing Ocean on the 1992 recording, Endless Stream.
Maybe we'll give it a whirl on Saturday.

Bring a snack to share!
Posted by Carly at 4:12 PM No comments:

Sing with us Saturday, July 18th in Berlin, NH AND the Maine All-Day is coming up the weekend following!

Did you all know North Country Sing is on SoundCloud?  So far we only have two recordings uploaded (and they're a little Carly- & Chris-heavy), but hey, it's a start!

Take a listen and let the sound inspire you to join us this Saturday,  July 18th.  We need you!

We meet from 6-9pm on the 3rd Saturday of each month to sing from the Sacred Harp.  Tune books are available for loan or for sale.  We take a short break about halfway through for potluck snacks (bring something to share if you are able).
We sing from The Sacred Harp, 1991 Edition, and occasionally from other sources, without instruments or audience.  The music is participatory, sung for each other and ourselves.

Beginners are welcome!
Don't forget to join our Facebook group-- North Country Shape Note Singing.Join us at the new WREN Makers Space - 117 Main Street - Berlin, New HampshireSaturday, July 18, 20156-9pm
AND IN OTHER NEWS...Don't forget the Maine All-Day Singing (which is actually a whole weekend full of singing opportunities) in and around lovely Union, ME!

The "Maine Event" (ha.  see what I did there?) is Saturday, July 26th from the Sacred Harp, but you'll also have the opportunity to sing from another great collection of songs, The American Vocalist, on Sunday... including a chance to sing around the grave of DH Mansfield, the compiler of said collection.
(Oh, and there's also Cooper Book singing, Christian Harmony singing, and singing from The Shenandoah Harmony, too...  Check out the link above for all the details!)
Other Regular Singings Nearby: 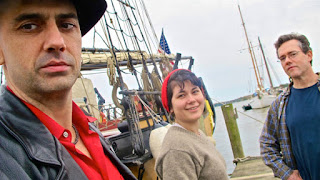 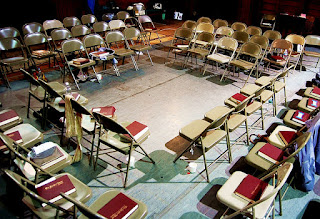 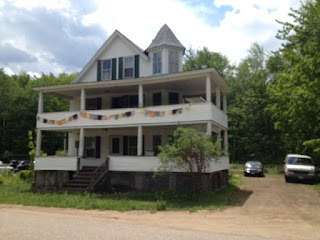 Are you all hearts-and-flowered out?
Great.
Join us this Saturday and we'll sing about tim'rous worms and sinking to the tomb and fiery pillars and whatnot. 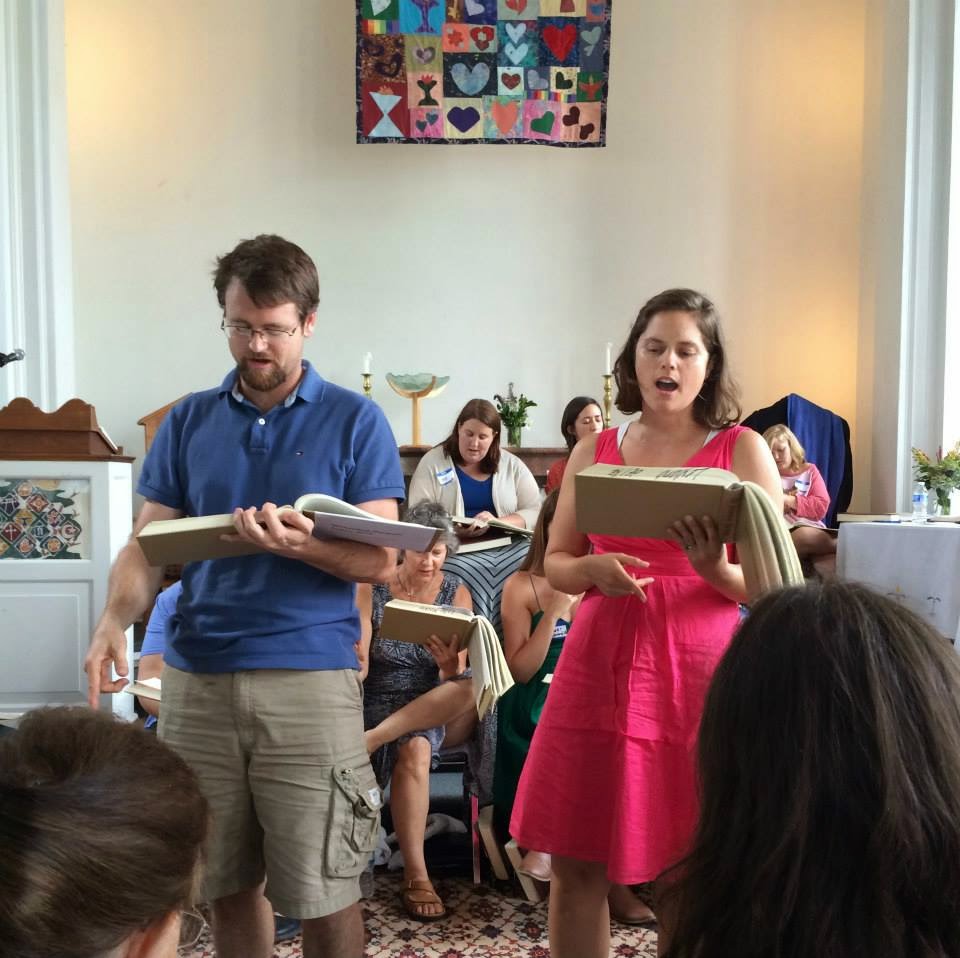 (I stole this photo from Leyland's FB page.  I think Bridget Camden took it.)

THIS month we will likely by joined by our friends Leyland and Ben who just moved to cold, scary Maine, from warm, friendly Virginia.

Help us welcome them to New England!!
Posted by Carly at 3:49 PM No comments:

Come sing with us!

Beginners are always welcome.
Tune books are available for loan or for sale (and as our friend, Tim, says... buy this book for 20 bucks now and you've bought yourself a lifetime of free meals).

Either way, we hope to sing with you!
Posted by Carly at 5:23 AM No comments: