Sacred Harp Singing is a participatory musical tradition, born and bred of hardworking, passionate Americans like you and me.  It is a music meant for singing, and is typically done so loudly, and with all your heart.  There are no instruments and there are no auditions.

When you arrive at a singing--whether large or small--you will sit in a hollow square, facing inward.  Tenors sit facing the altos.  To the right of the altos sit the basses, who face the trebles.
Hopefully someone has handed you a tune book.
Hopefully you've come prepared to sing.

Everyone in that square is there to sing with you, and with each other. 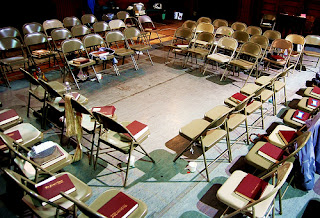 
In 2000, I moved from Western Massachusetts to Baltimore, Maryland to attend college.  Prior to moving, I had the opportunity to sing Sacred Harp music every Tuesday night with a dynamic group of people in Northampton, MA.  I was young, and still very new to singing, but I knew it was something that would be a part of my life for a long time.  And I had a sense, even then, that I would grow to be the singer I am now.  In Baltimore, there was a monthly singing that rotated around the homes of various local singers.  It was okay, and it was good to be singing, but it was not enough for me. 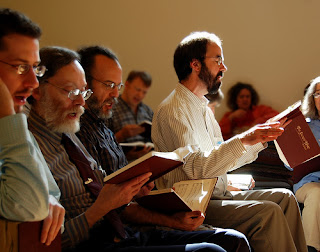 
So in August of 2004, after I had graduated from college and was laying the foundation for what my life would look like outside of art school, I began the Baltimore Weekly Sing.  For the next eight years, the singing went on virtually every week barring major holidays or illness (and even then, we usually sang!).  Sometimes we had a core group of 4-6 people show up.  Sometimes I would have singers--mostly strangers--bellowing in my living room until 10pm and beyond, with not enough chairs to seat them.  The singing ebbed and flowed in participation, quality, and the general feeling of it, but it was a constant in my life for a long, long time.  It was usually incredible.  Some of my best friends, I met through singing. 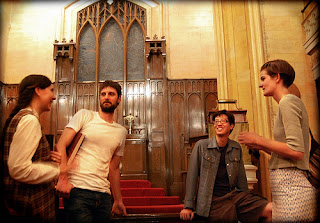 And now here I am, living in New Hampshire's North Country--where much of this music was born, in fact--and I don't have a singing to go to.  There are loads of singings in Vermont, Maine and Massachusetts.  And there's even singing in southern New Hampshire, but it is all just a little too far away for me to attend regularly.

And so, stay tuned for North Country Sacred Harp.  For the time being, it'll be a monthly singing.  There just isn't the population to support a weekly singing in this area, without employing the vocal talents of our pets, I don't think.
Prove me wrong.  ;) 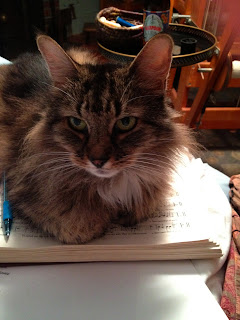 We're leaning toward holding the singing on the third Saturday evening of every month, but nothing is set in stone yet.  Watch this space to keep up-to-date as we plow ahead and prepare to sing our faces off in 2013!

See the list of links on the sidebar for some great background info and links to other singings, videos, photos, etc.  Drop me a line if you have any questions at all!
Looking forward to singing with you soon.
Sincerely,
Carly